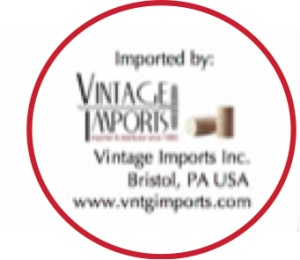 As an importer and distributor, we have a unique advantage over traditional, “regular” distributors: by doing the importing ourselves, we cut out the middle man, meaning we are able to bring the same wine to market at a 20% – 30% savings over what it would traditionally be priced!  Over the past several years, as we have grown as a company, we have been able to import more and more directly. We now are the importer for about half of our non-domestic wines, and are offering brokerage services to distributors in other markets. We are currently importing wines directly from Italy, France, Portugal, Spain, Germany, Lebanon and Argentina.  Check the backs of our bottles; if you see our name, you can be confident that you are getting the best quality wine with the best possible value! 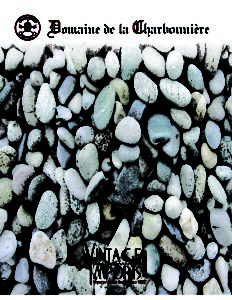 Domaine de la Charbonnière spreads over 19.52 hectares of Châteauneuf du Pape; 5.79 ha of Vacqueyras and 1.51 ha of Côtes du Rhône. Today, all wines are vinified by Véronique Maret. The simple act of opening a bottle is far from trivial. Each one tells a story. Each vintage is unique because soils and climate conditions determine the wines’ character.

They do all they can to retain the freshness, to reflect the terroir, and to produce opulent, delicious wines. The vinification lasts depending on the personality of the wines and the vintage’s characteristics from 2 to 5 weeks.  They believe in non-interventionist winemaking to maintain the wine’s balance. This entails gentle extraction and long, careful ageing. The red wines from different terroirs/lieu-dits are kept in separate containers: large oak foudres, large oak vats, enamelled vats, small barrels and demi-muids (for Syrah and Mourvèdre).

They produce wonderfully well balanced wines that combine intensity and depth of fruit with finesse and elegance. Their wines have been distinguished repeatedly by the most prestigious journalists of the World.  Link to the current offerings here 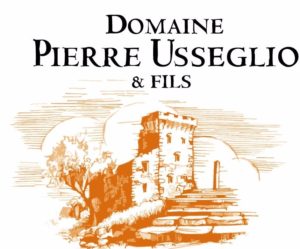 In 1931, Francis Usseglio left his native Piedmont, Italy to work in the vineyards of Châteauneuf-du-Pape. After eight years of hard work, he was offered the opportunity to care for a vigneron’s vines with the promise that he would be able to keep some of the fruit to produce his own wine. Francis leapt at this chance and in 1949; the first vintage of Usseglio Châteauneuf-du-Pape was made. It did not take long for Francis’ son, Pierre, to catch the fever and he would later take over for his father and expand the domaine in size and reputation. Today, Pierre’s two sons, Jean-Pierre and Thierry, continue the family tradition and have elevated this domaine to cult status in the winemaking world.

Many years ago we were very pleased to represent the wines of this top-flight Domaine from Chateauneuf, but through the inevitable ebbs and flows with supplier partners, lost access to the wines.  Fast forward a few years, and we are thrilled to again have these wines as part of our family.

The story began in 1950, when Michel de Bustros, founder, chairman and CEO of Château Kefraya, initiated the construction of a Chateau and the creation of a vineyard on a land sprinkled with rocks. At that time, it was a mere succession of terraces and fallow, sloping hills. In order for it to become suitable for vineyard planting, bulldozers and dynamiting operations were imperative. This stony, somewhat sandy, clay-chalk soil with exceptional sunshine was the birthplace of an enormous wine-producing company.

Situated in the heart of Lebanon, in the Bekaa valley, Château Kefraya expands its 300 hectares domain to the foothills of the Mount Lebanon, 20 km to the south of the city of Chtaura. Both the vineyard, planted in a succession of terraces and hills having very often abrupt slopes, at an altitude of 950 to 1100 meters on clayey, limy and stony soils, together with an exceptional sun lighting – six to seven months a year without any precipitation – and the winery, located in the middle of the domain, fitted with a highly sophisticated equipment allowing the manually gathered grapes to be conveyed, picked off from the bunch, vinified and pressed very carefully, allowed the elaboration of a special and authentic wine, personal to Château Kefraya.

Today, Château Kefraya is present all over the world, in more than 35 countries. It has become one of the leading wine-producing and exporting companies in Lebanon.