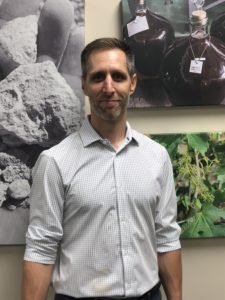 Geoff Butler is Wine Education Director for Vintage Imports Wines with over 17 years’ experience in the beverage industry. Geoff’s passion for wine began in Austin, TX where he was Wine Steward of a premier steakhouse while studying for his bachelor’s degree at the University of Texas. With his growing passion, he transitioned his career into wine sales and distribution and became part of the Glazer’s Domains & Estates team before moving to Philadelphia. At Vintage Imports, Geoff has greatly expanded his knowledge in marketing, importing and distributing while continuing to consult and develop wine programs as well as wine education training and seminars for the Vintage Imports team as well as throughout Philadelphia and its surrounding areas. Geoff has received a Certified Sommelier Certification from the Court of Master Sommeliers, a Certified Specialist of Wine Certification (CSW) from the Society of Wine Educators and an Advanced Certification from the Wine and Spirits Education Trust (WSET) and is currently working to attain his Diploma WSET as well as his Advanced Sommelier Certification from CMS. Geoff enjoys spending his free time outdoors and is an expert cyclist competing in endurance and ultra endurance mountain bike races locally and regionally, has developed a passion for photography in which he incorporates in wine sales and marketing, and loves to share it all with his lovely wife Monica and beloved son Bodie. 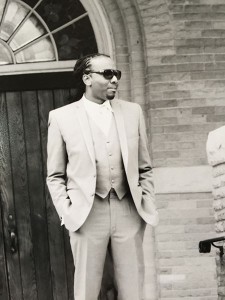 Nick’s passion for the industry started well before it began here at Vintage Imports. He can recall growing up in a home full of energy and passion for all things food and wine. Sundays at home were always filled with friends and family enjoying sports, great wine, cocktails, and food. It’s perhaps where some of the competitive bones began to form, that he’d later take on with him in athletics. After settling in on baseball as his primary sport, he took an opportunity to stay close to family while pursuing one his first dreams, and played collegiate baseball at Rowan University in South Jersey.

Upon graduation, and returning home to the Jersey Shore, he found himself exploring and learning as much as he could about wine, spirits, and cooking from whoever would teach him. For over 10 years he worked every position he could in the building, until there was really only one option remaining. So as his knowledge and experience grew, with his appetite for the restaurant business, he realized he was working toward eventually one day owning his own. But as anyone in the restaurant industry will tell you, it’s not easy work, and is certainly a daunting business that takes its toll.

It was around this same time that Nick met his wife Allison, and immediately knew that while owning a restaurant has it’s challenges, doing so whilst also beginning this new chapter, posses it’s own set of challenges. So the transition to a side of the business that he was already somewhat familiar with, from working with suppliers, and distributors alike, was the next best thing.

In his years here at Vintage Imports he’s quickly settled into a new role on the other side of the business he loved. He fast grew to love this new opportunity and has continued to use his years of experience to help cultivate new relationships and partners for Vintage Imports.

Today, Nick is still an avid sports fan and he and his wife have two young children and and reside together in West Long Branch, New Jersey 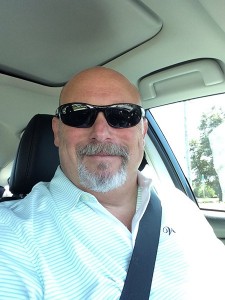 After returning in 1987 from a year in Grand Cayman teaching scuba, Paul stumbled into the wine business – and still to this day, is not exactly sure how it happened.

Paul started his career as a merchandiser for one of the biggest distributors in Pennsylvania – having always been keen on food and wine, a career dealing with at least one of those seemed to be a great fit. Due to his incredible work ethic and seemingly limitless hustle and energy, he worked his way to the top, achieving the #1 rank in his division. In 1990, Paul heard about a fledgling upstart called Vintage Imports, and joined the quality-minded company as salesperson number three (today, there are 19). Six months later Vintage expanded its territory into the state of Delaware, which Paul excitedly began nurturing as his new project.

With over 24 years of experience, it is a mild understatement to say that Paul has great partnerships with many on- and off-premise accounts, and truly understands the ins and outs of the Delaware market. In 2013, Paul took on the role of Delaware State Manager, and now divides his time seeing new and old customers throughout the state, as well as mentoring the growing Delaware team. Paul’s primary focus continues to be customer satisfaction; it is that dedication that has enabled both him and Vintage as a company to enjoy years of continued growth and success in Delaware.

Paul resides in southwestern PA with his wife and two children.

Lee grew up in the restaurant industry. From a five-star family business to a popular chain to a beachfront tourist destination, he’s been behind the bar of them all. In the early 2000’s, Lee was a fourth-grade teacher in Wilmington, North Carolina, and working part time as a waiter and bartender. Seeking a career change, his passion for the restaurant industry and undeniable affinity for wine led him back to Pittsburgh and a position with Wine Merchant. In 2004, he joined Vintage Imports.

Aside from tasting new wines, Lee’s favorite aspect of the job is meeting with customers and curating exceptional selections that match each restaurant’s unique menu and aesthetic. A top-performer in his region, Lee has been fortunate enough to join wine tasting trips across the globe, including Italy, France and Germany. 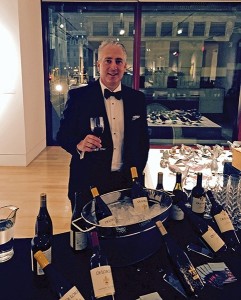 Born and raised in the suburbs of Philadelphia, Rob learned about hard work from a very young age due to a sudden and severe illness that affected his father. The illness caused much affliction for the family, including serious financial distress, so by age 14, Rob had two jobs – paperboy by morning and dishwasher by evening – and has not slowed down since. It was at this young age that he learned that if you work hard, anything is possible, as long as you put the effort in.

After high school, Rob attended the University of Wyoming, studying architectural engineering and competing as a division 1 student athlete in swimming and diving. During the three years Rob attended Wyoming, he realized this was not the future career for him, and left Wyoming, eventually finishing his studies as an education major at Temple University. Through school he had continued to work in many restaurants, and eventually took a job as Assistant Director of Training for a prominent restaurant development group. For three years, he averaged a new opening almost every other week – well over 100 – and trained thousands of employees.

In 1998, with years of restaurant expertise under his belt, Rob decided to persue his growing interest in wine. He joined a local wholesaler, and in short time became one of their top reps. Seven years later, Rob was ready to expand his knowledge and take on a new challenge at Vintage Imports. Since 2005, Rob has continued to be a top performer at Vintage, and in 2013, was promoted to PA State Manager, leading a motivated and highly-educated team located throughout the state. He also handles all of the interactions with the Pennsylvania Liquor Control Board for their 630+ stores.

Rob resides in Bucks County, PA with his wife Jennifer and daughter Audrey. 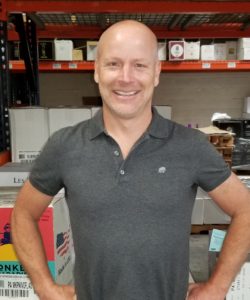 Mitch graduated from Pennsylvania State University and then moved out west to explore and satisfy his love of nature and adventure. This brought him to Las Vegas and eventually back into restaurants where his passion for wine was ultimately discovered. He has been selling wine since 2000 in Pennsylvania mostly in the Philadelphia market.

The proud father of 2 growing daughters, Mitch loves his family and spends alot of his free time with them. He loves to ski, bike and hike and has a sweet spot for European wines. He is currently working the Philly area helping expand the footprint of Vintage Imports. 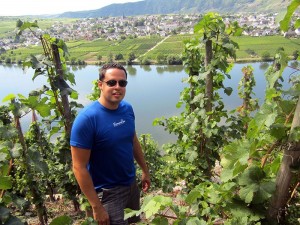 Luis grew up in working in various restaurants in NYC. He started off back of the house as a dessert/salad prep cook and was eventually promoted to Sous Chef at the very young age of 18. He eventually decided to move to the front of the house where he waited table, bartended and managed. Through this front of the house work he began to hone his passion and love for wine. He became the assistant GM and assistant wine buyer at age 21 at a prominent NY steakhouse in lower Manhattan. Eventually he decided to go back to school and earned his degree in business management while also earning the advanced certificate in Wine & Spirits from the WSET.

Through the years he was always interested in the import/distribution side of the business and in 2004 he decided to leave the restaurant scene behind and accept a sales position and Vintage Imports. He covered most of Northern New Jersey for the company and assisted in its tremendous growth over the years. He was promoted to New Jersey on premise manager early 2013 to assist other sales reps in cultivating and pursuing on premise business. He is also part of the Vintage Imports management team that works together in finding new and excited properties to bring to the market.

Luis’ love and passion for wine really shows in his work every day. He loves being part of such an amazing team at Vintage Imports and is always eager to work with customers and reps alike.